What are the Problems and Maintenance Methods of Protective Film Degumming? 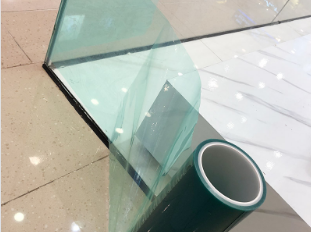 The reason for the above phenomenon may be that the pressure glue used in the protective film product does not meet the requirements, and it is also too viscous, which causes the external tension of the PE protective film product to be greater than the internal stress and remains on the profile. At this time, a clean rag can be moistened with a small amount of alcohol, and the sensitive adhesive residue can be repeatedly wiped until the sensitive adhesive is wiped clean, but it should be noted that you should not use too much force during the wipe, otherwise it will affect the finish of the profile product. .

Not only that, some protective films themselves have static electricity, so it is easy to attract nearby dust. After a long time, it will become very dirty. If it is not cleaned in time, dirt will form after a period of time, making it more difficult to clean. And what we need to do is to maintain the protective film. There are also many disadvantages in the maintenance problem. Incorrect maintenance will increase the degree of damage to the protective film or affect its use.

Our company also has Glass Surface Protection Film on sale, welcome to contact us.

Previous: Do you know the Adsorption Function and Application Field of PE Protective Film?

Next: How to Use PE Protective Film Properly?