How To Buy PE Protective Film?

First: look at the light penetration

This is difficult to identify with the naked eye, it is best to use optical instruments to determine, there is a relatively simple method, is to choose PE protective film in the middle of a small piece of computer desktop a cut and paste, and then create a blank WORD document on the computer to check the computer with film, no film or other film area (professional point called brightness) of the degree of whitening WORD document blank. In contrast, you can choose the brightest material, and its transparency is the best protective film. 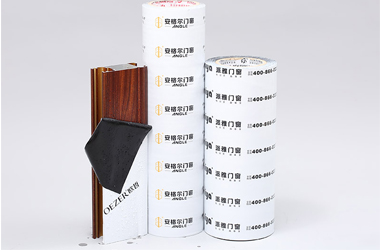 Second: look at the haze

2. In a slightly dark room, turn on the fluorescent light, remove the PE protective film from the film up and down with your hand, put it between your eyes and the light with your hand, and take a closer look to see if there is a thin layer of fog in it. The PE protective film is evenly distributed and is the culprit of the haze. The more severe the haze, the worse the material is. Conversely, it means better. (Please note that haze affects permeability, but transmittance is a different concept!

Since LCD devices are sensitive to static electricity, they should be as low as possible when there is a protective film applied. The test method is to prepare the PE protective film to be tested (3 layers or 2 layers) and smoke to hit the soot on the desktop.

Fourth: look at the catch point

2. There is a simple method is to use a slightly hard metal device or a freshly cut nail to scratch on the PE protective film using the way you usually scratch with a stylus, if it is easy to scratch then it is not scratch resistant, without scratching it can be determined that it has a scratch-resistant function.

In recent years, many product screens have become larger, and more and more smartphones are using capacitive touch screens (touching with your finger instead of the old resistive screens). PE protective films are increasingly needed to have fingerprint resistance.

If you want to know about the PE protective film price, welcome to contact us.

Next: How to Choose Protective Film or Tape?